Some Diets Are Hard to Swallow 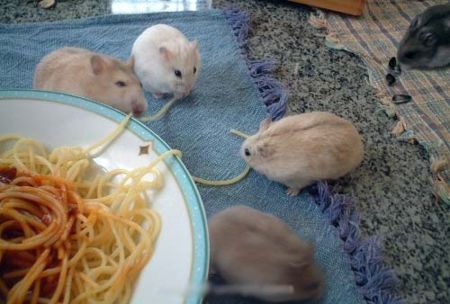 "No thanks, I just lost my appetite"

For many of us, dieting advice is easy to abide by: eat smaller portions, reduce sodium intake, drink more water, avoid processed foods, etc. However, some diet fads can make one question the very foundation of their belief systems when it comes to food. One that has gained in popularity just in the last couple of years is the no-wheat diet. This diet is exactly what it sounds like, the elimination of grains as part of food consumption. The argument, and some studies support this claim, is that the human body is not meant to consume gluten, an ingredient found in many grains and wheat products. This is underscored by a growing concern that many of our grains may be enhanced with hormones and chemicals, suggesting that grains are being manufactured rather than grown.

As an American raised in Kansas public schools and taught about the four food groups, and later, the Food Pyramid, this goes against the....er, grain of everything I was taught to believe. A look at the Food Pyramid shows bread, pasta, and cereals as the foundation of diet. Even the updated Food Plate emphasises wheat and grains as an integral part of diet. Like all things related to our food and diet-obsessed culture, this adds an extra layer of confusion.

For those born after 1985, to accept that wheat and grains, once regarded as a staple of the American diet, and something entire meals are built around could actually be bad for you may not be too difficult. For the rest of us, it requires a major shift in thinking and how we view not only the nutritional aspect of food, but the social as well. It's hard to imagine meals and gatherings without consuming the breads, pastas, crackers, and desserts made from grain. To make such a change in dietary and social habits also requires a close examination of whether it brings any true benefit.

Many people believe falsely that they have failed at diets when, in fact, the diet failed them because it was not the right kind of diet. Just because something gains in popularity, that does not mean it is necessarily good. Gluten-free living can be a great benefit to people suffering from celiac disease. People who do not have celiac disease may be robbing themselves of fiber, nutrients, vitamins, and minerals by selecting gluten-free products.

Before starting any diet, it is important to look at the diet itself and see if it lines up with your fitness goals. It doesn't matter if it worked for Mary, Mark, and Kate. If it doesn't work for you, if it may not be safe for you, give it a pass. Remember, the best diets are the ones whose guidelines are easy to follow and that can become a lifestyle that helps you manage your weight over time. The lack of sustainability and unrealistic long-term changes are why so many diet trends come and go. Do you know anyone who started The Atkins Diet when it was all the rage in 2003 and still follows it til this day? Neither do I.

Oops, you forgot something.

The words you entered did not match the given text. Please try again.

Click here to set up a Phone Screening Appointment